The Courthouse Artwork Restoration Committee was developed to raise funds to restore historic portraits and pictures and return them to the walls of the Rensselaer County Courthouse.

Members of the Committee include:

The Committee in conjunction with the Rensselaer County Bar Association host the annual Jones Award Dinner named in memory of the late E. Stewart Jones, Sr., of Troy, the legendary criminal defense and personal injury attorney. Each year, we honor a person who has demonstrated a dedication and service to his or her profession and community, as did Mr. Jones.

Recipients of the Jones Award:

All proceeds from this annual event support the ongoing restoration and preservation of the photos and oil paintings of the attorneys, judges and prominent community leaders of the past that graced the inside walls of the Rensselaer County Courthouse at the time that the restoration of this historic building began in 1998. Many of these treasures were in serious disrepair and badly in need of preservation, and no state or local funding was available for this endeavor. With funds raised by the Rensselaer County Bar Association to date, 11 pieces in the collection of more than 25 pictures have been cleaned, repaired and restored, and returned to the walls of the courthouse.

On January 11, 2019, at the New York State Bar Association’s House of Delegates Meeting, the Rensselaer County Bar Association was awarded the 2018 Bar Leaders Innovation Award for small bar associations. President Jessica B. Mocerine was present to accept the award on behalf of the bar association. The RCBA was selected for its courthouse artwork restoration project which works to restore and preserve artwork and historic artifacts at the Rensselaer County Courthouse. 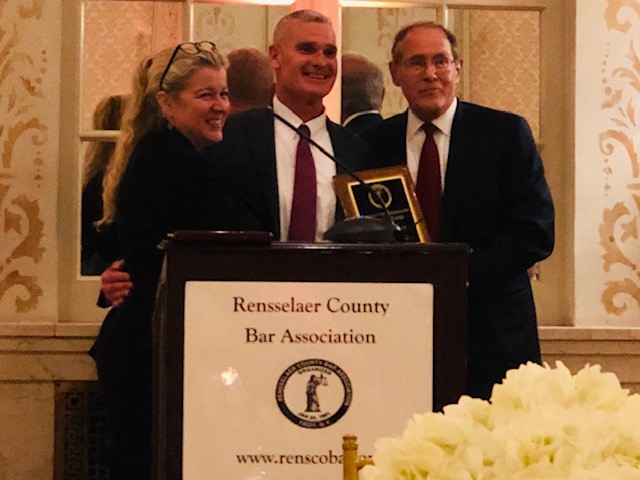 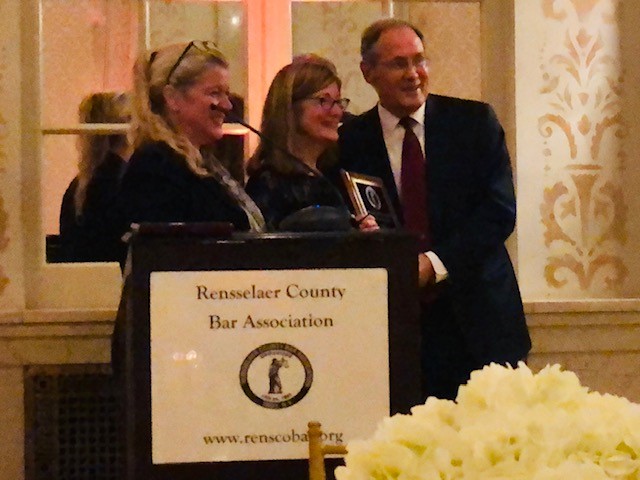 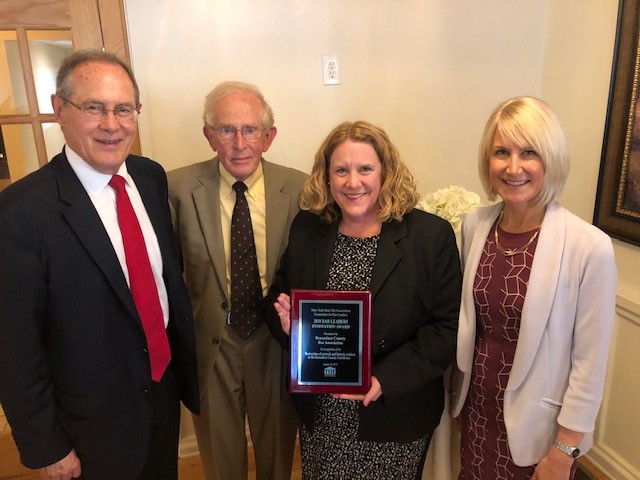 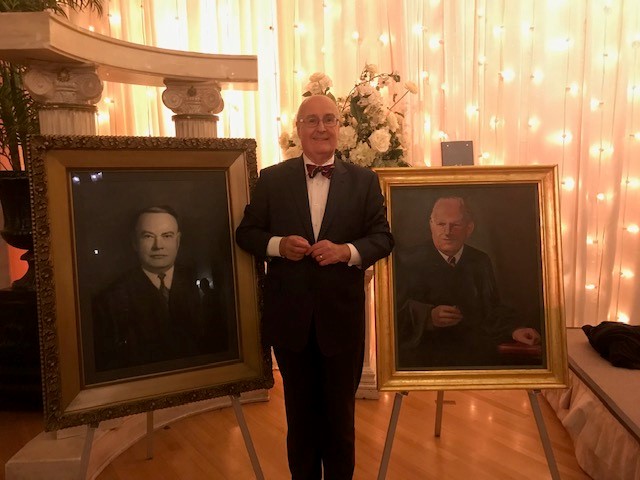 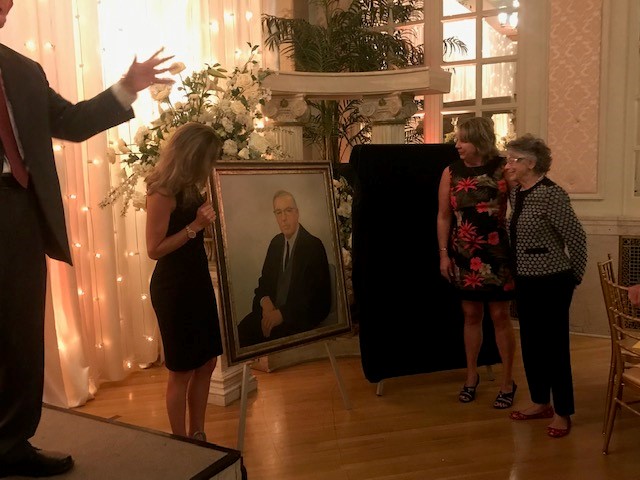 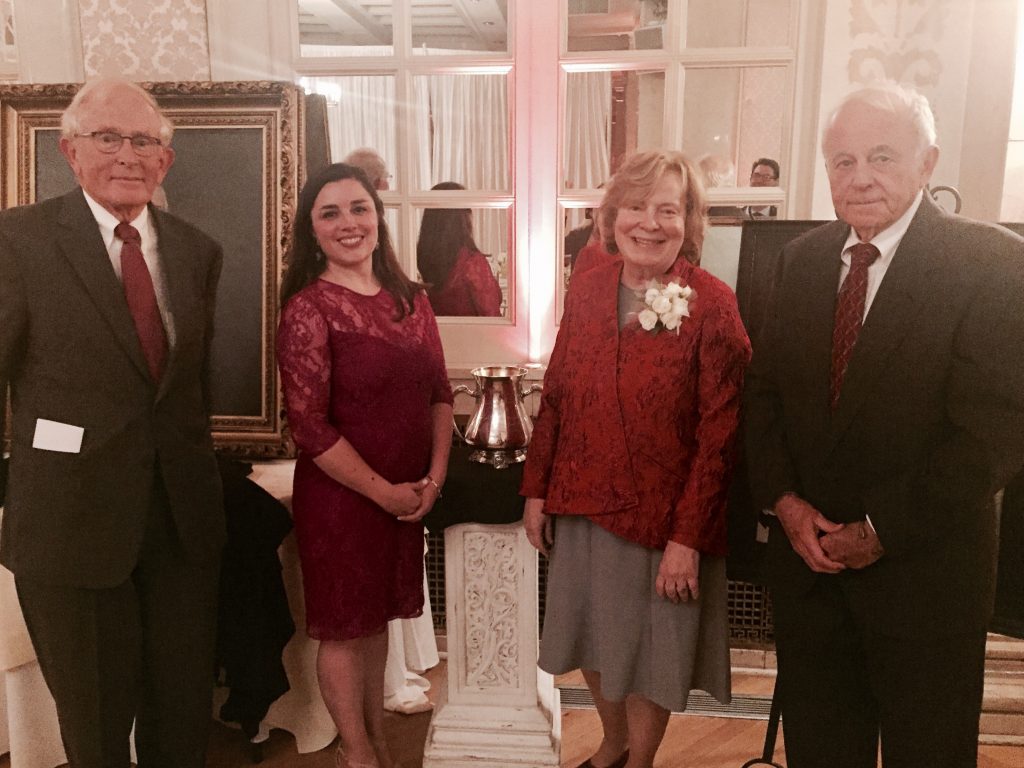 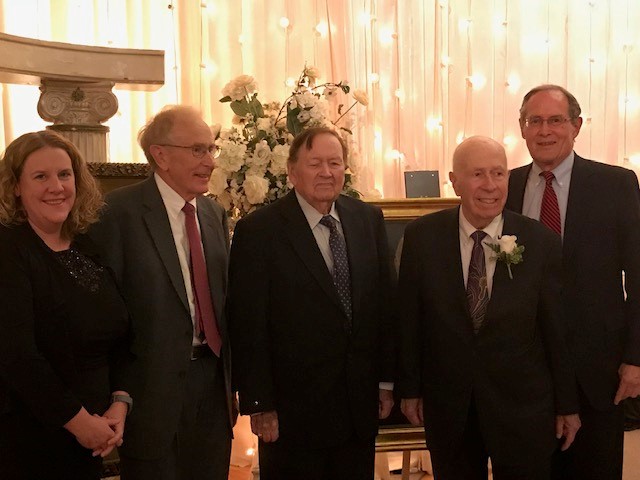 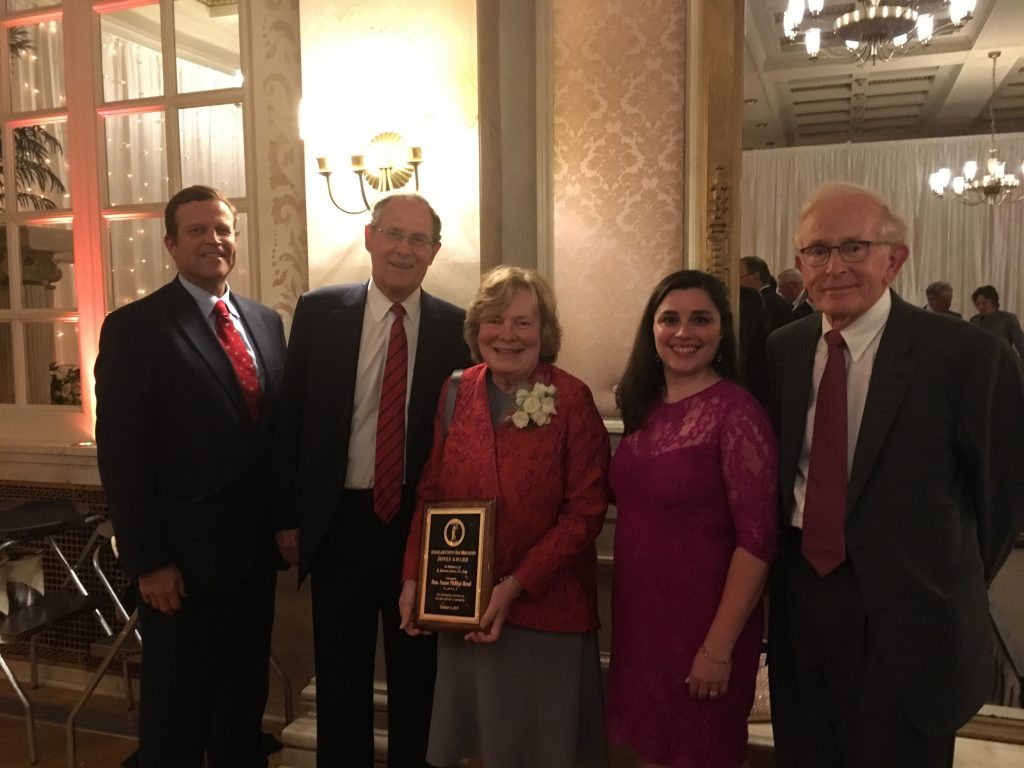 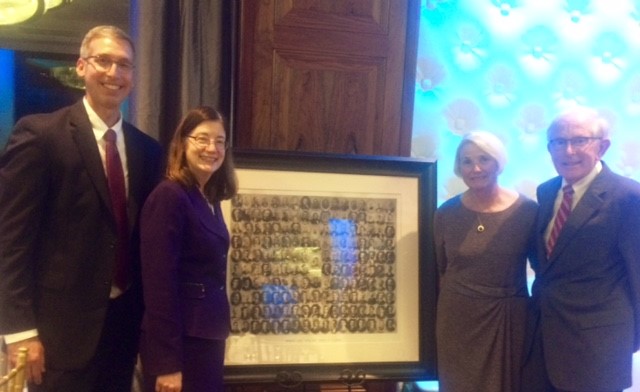